I got numerous comments about my 3D printed NAS. An issue encountered by multiple people is that it is now virtually impossible to come around a similar USB hub. Indeed, I used a store brand one and the product has been discontinued for some time... 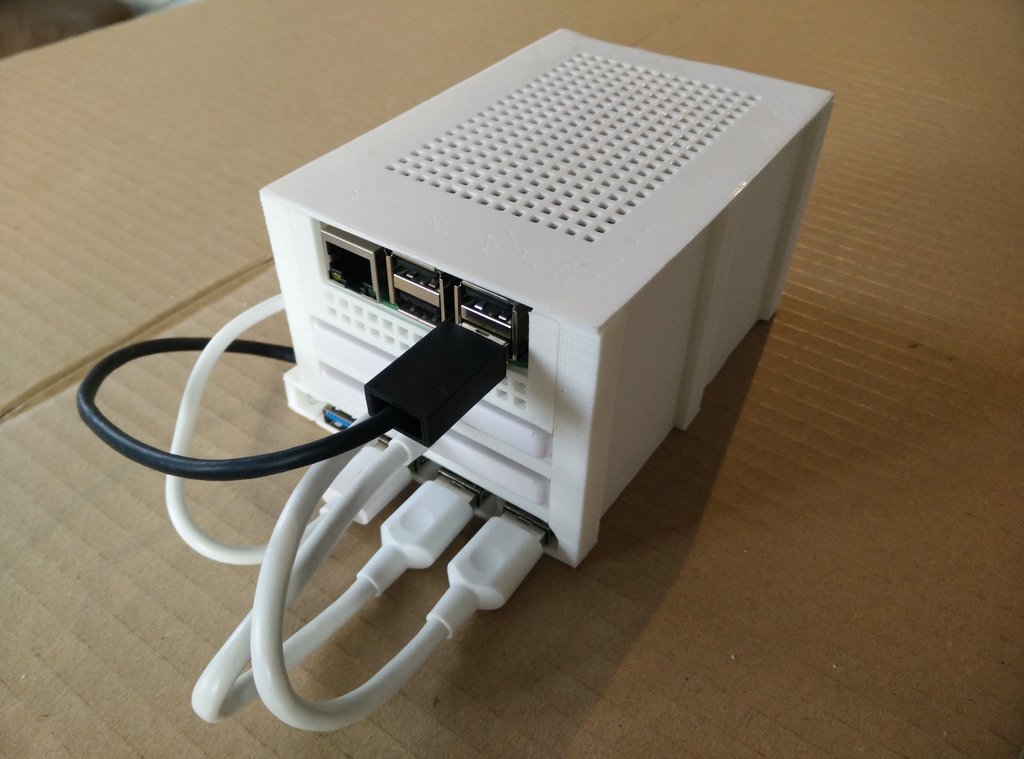 The first version of the case was designed with OpenSCAD and 3D-printed. I modified it to accomodate a new wider 4-port USB hub and a more efficient 40mm fan at the rear instead of the small one on the lid. You can download the new SCAD source files and STL files here (licensed under GPLv3).

3D models of the enhanced case

In addition, we'll use the following elements: 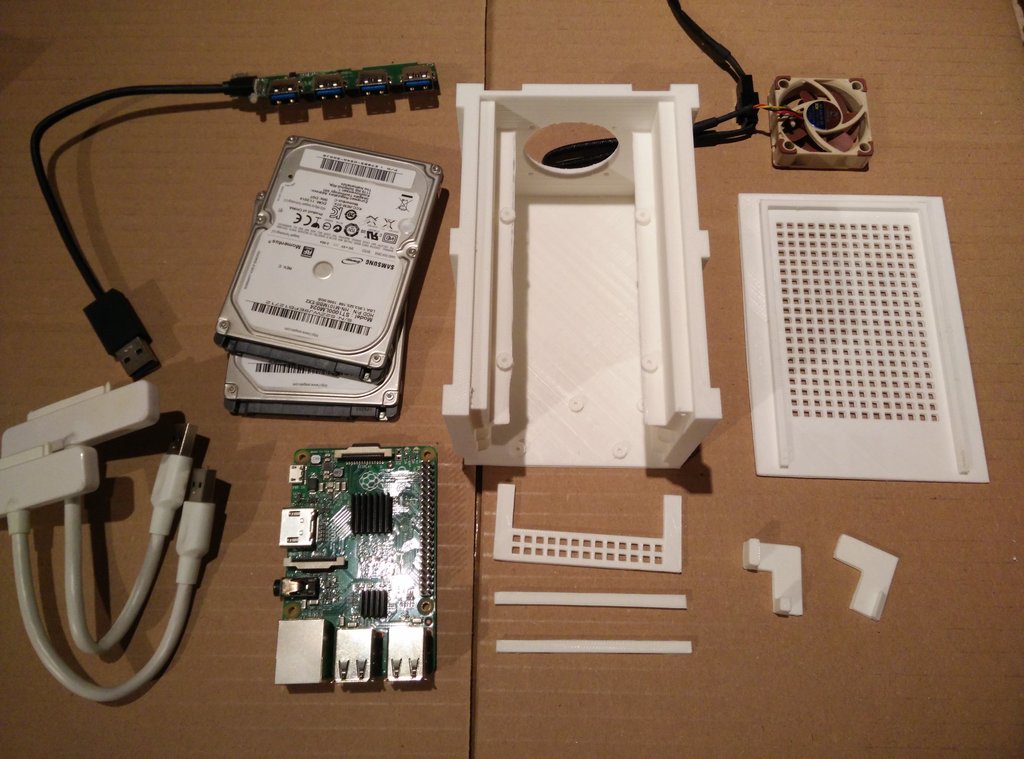 Overview of the used parts

The first step is disassembling the USB hub. The cover is just clipped and can be removed easily. Then, the USB hub is installed at the bottom of the case, and screwed on it. The screw holes on the updated case match this particular model.

Due to the longer width of the hub, it's expected that the side with connectors stands out of the case. The USB connectors themselves should still be centered. 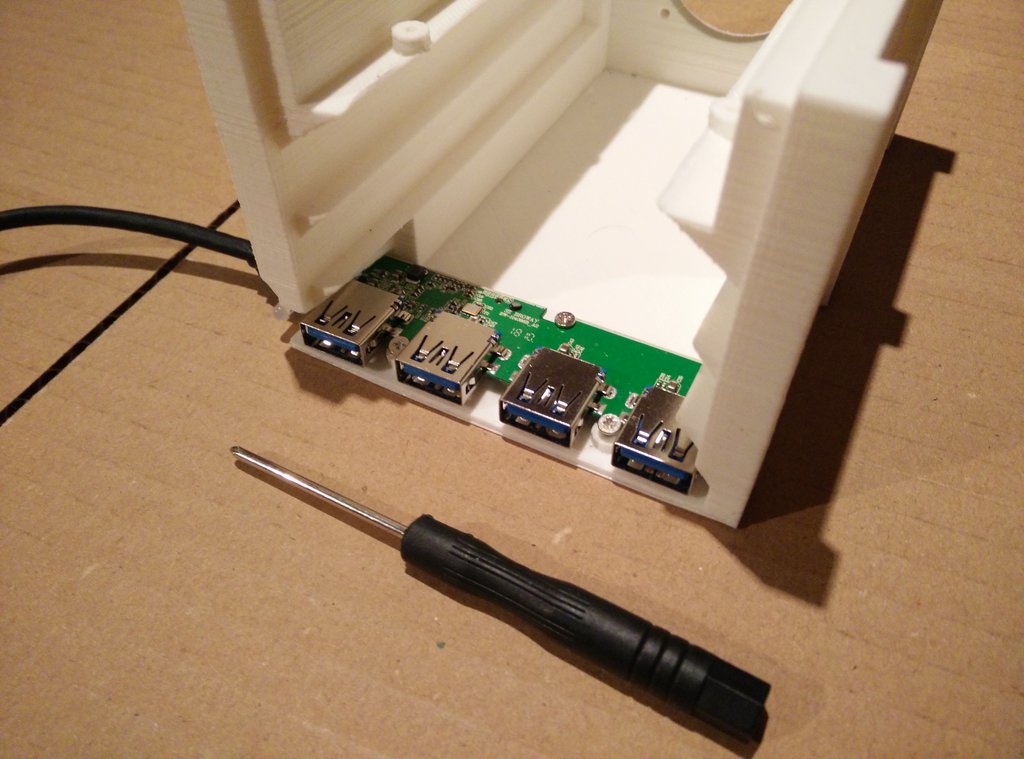 The USB hub installed at the bottom of the case

Now the front panel can be glued to the case. The grid just below the Raspberry Pi helps for the airflow. 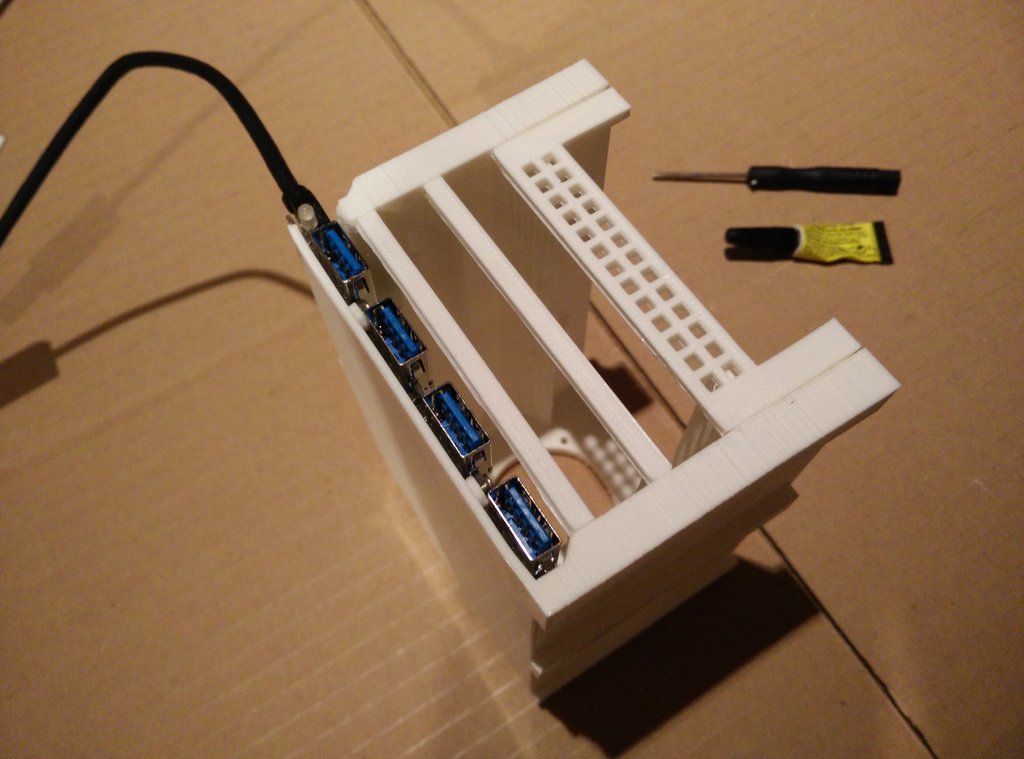 The front panel glued to the case

The main difference with the previous version of the NAS is the location of the fan. In this version, the fan has been upgraded to a bigger 40mm one on the rear of the case. It creates a way better airflow alongside the Raspberry Pi and disks. 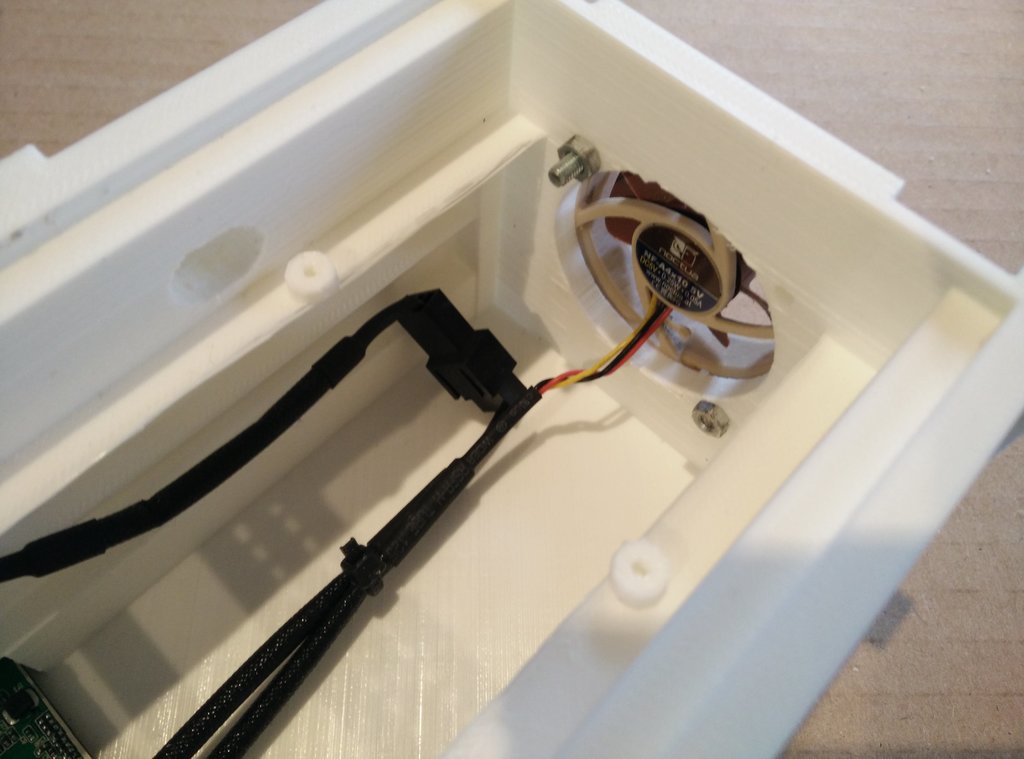 The fan attached at the rear of the case 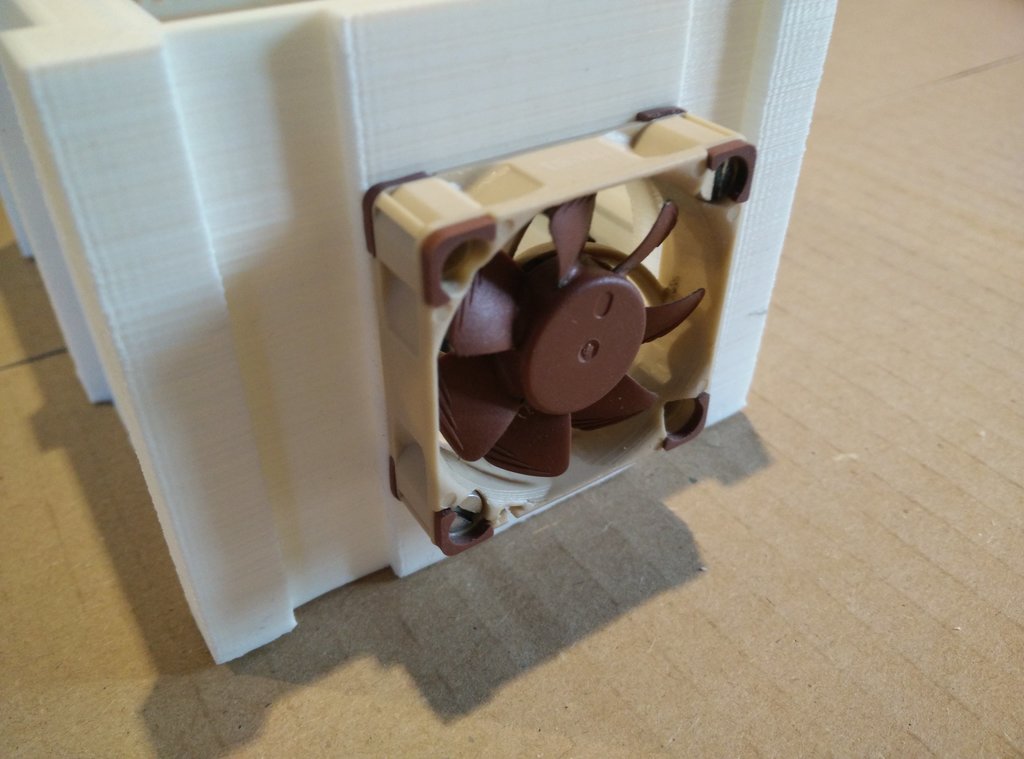 Outside view of the fan at the rear

I'm using a Raspberry Pi 2 here just because I had one available. You should definitely use a Pi 3 B+ to increase transfer speeds, or better, a Pi 4, so the disks are connected over USB 3! 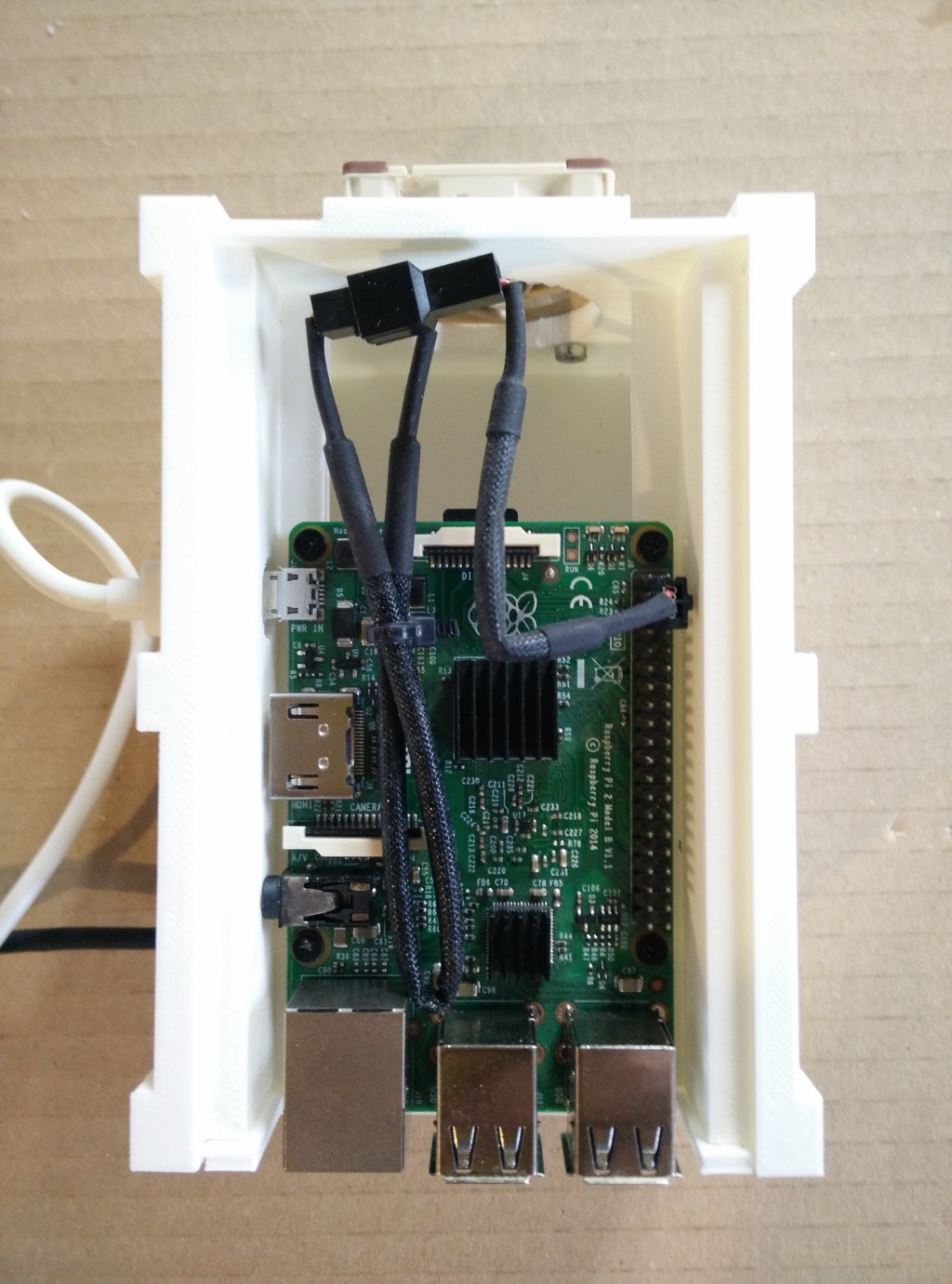 The Raspberry Pi in place on top of the the case 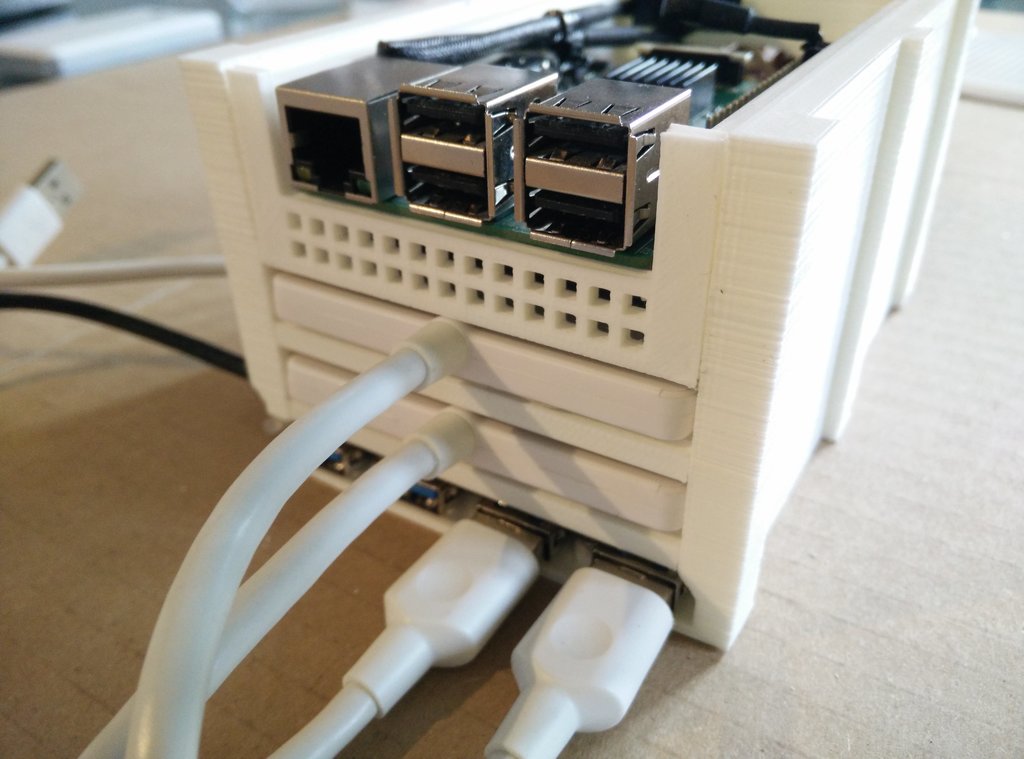 The disks inserted and connected to the USB hub

The last touch consists in gluing the USB hub cover on the side. On this version, the USB hub being wider, it sticks out on the side, therefore I added a cover so the front still looks nicely integrated. 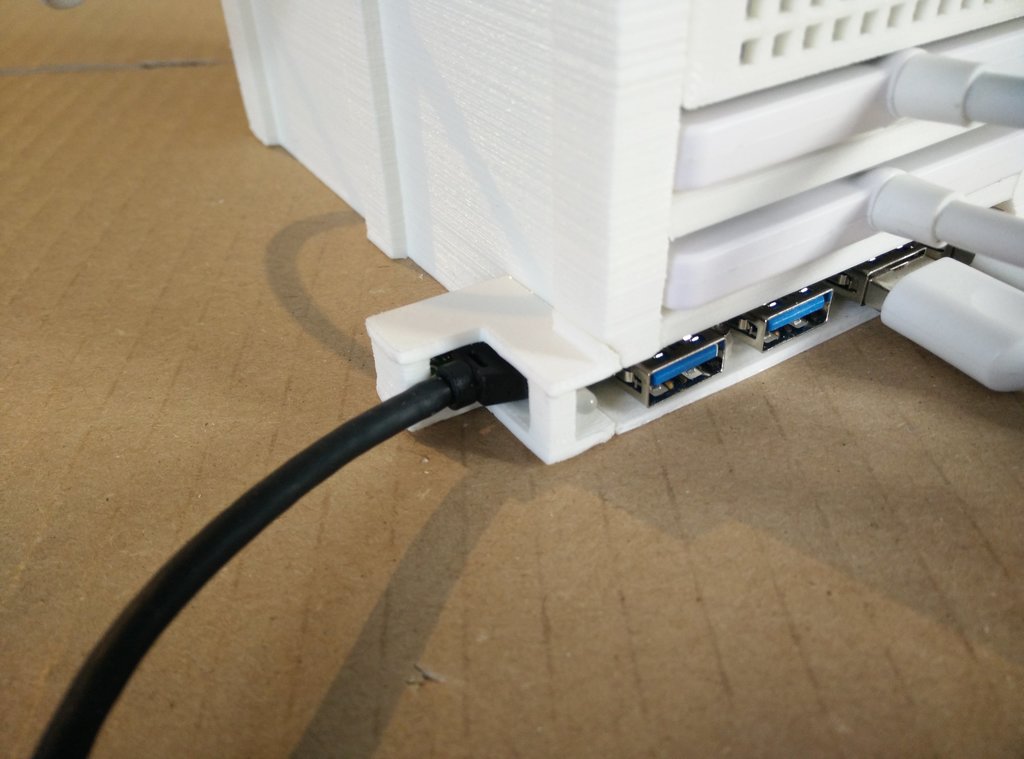 The USB hub cover glued to the side of the case

We can now clip the cover. Of course the cover doesn't feature a fan anymore, it would be redundant. And it's finished! 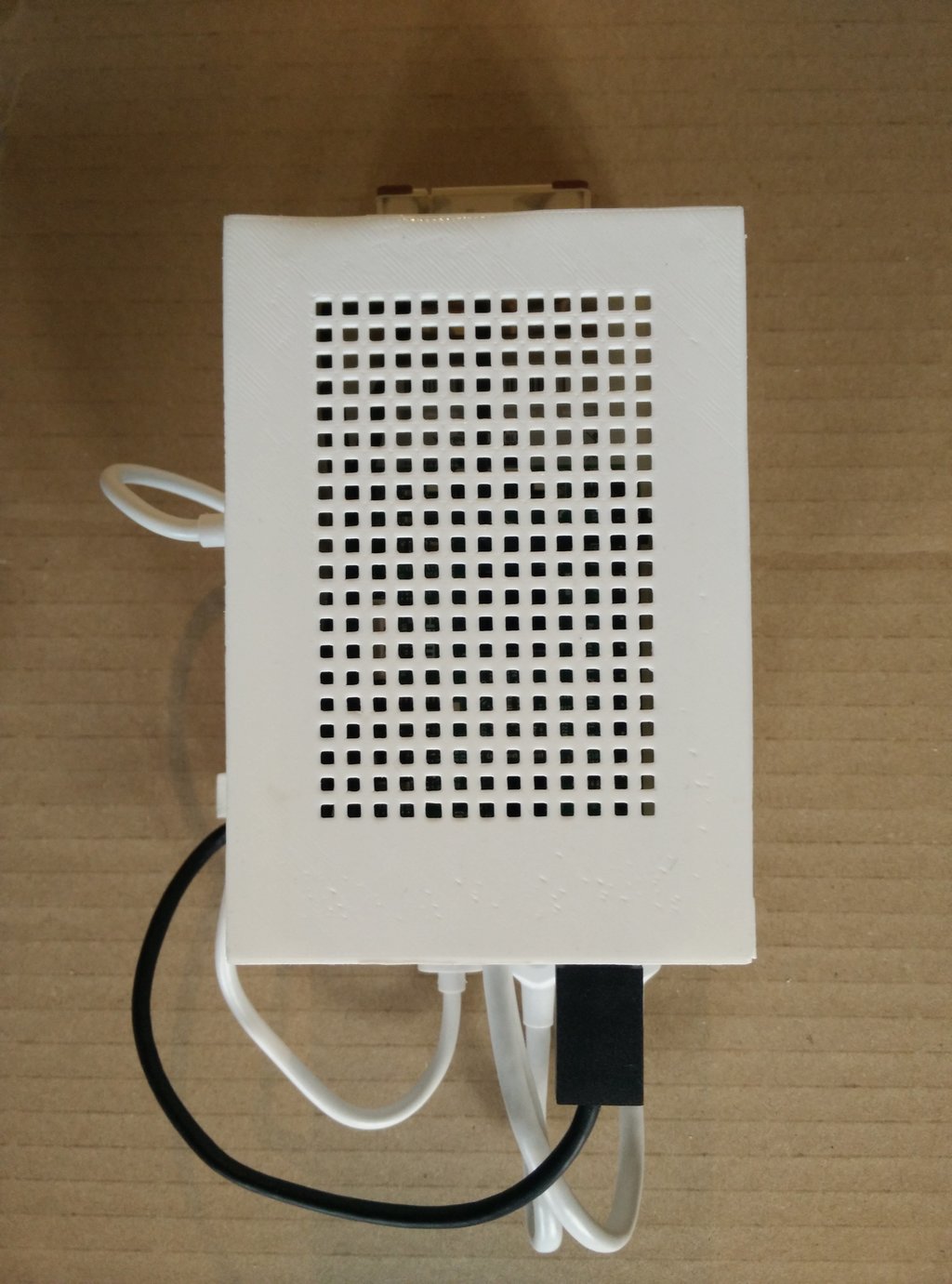 Top view of the case with the cover clipped on 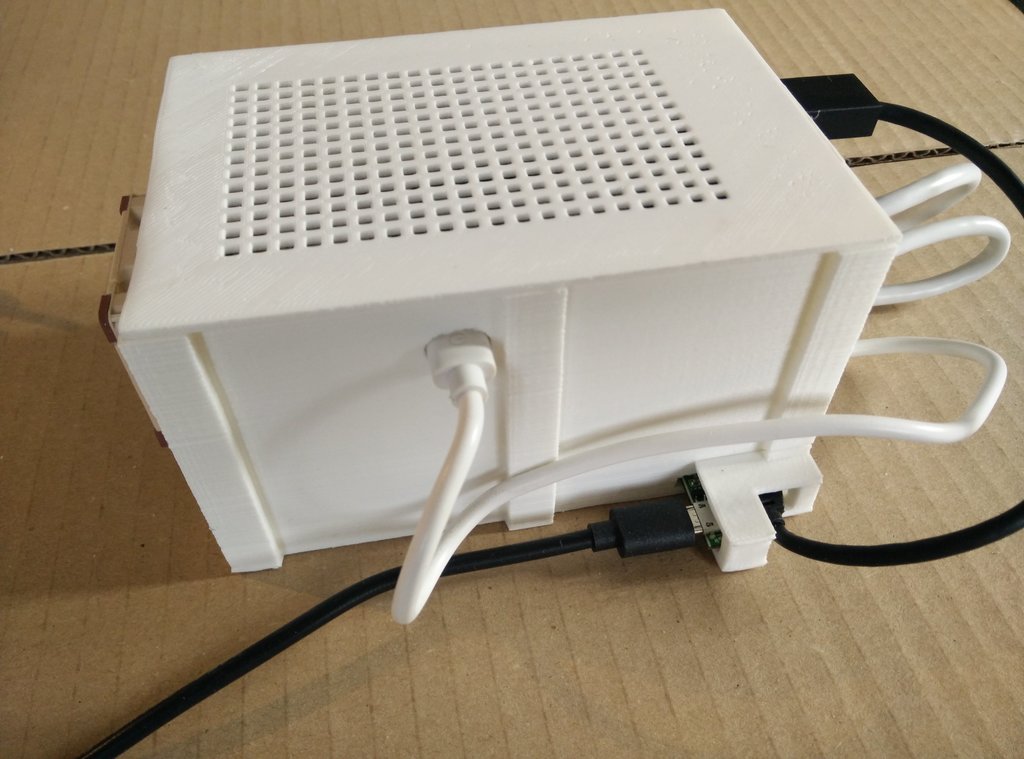 The power adapter connects on the side 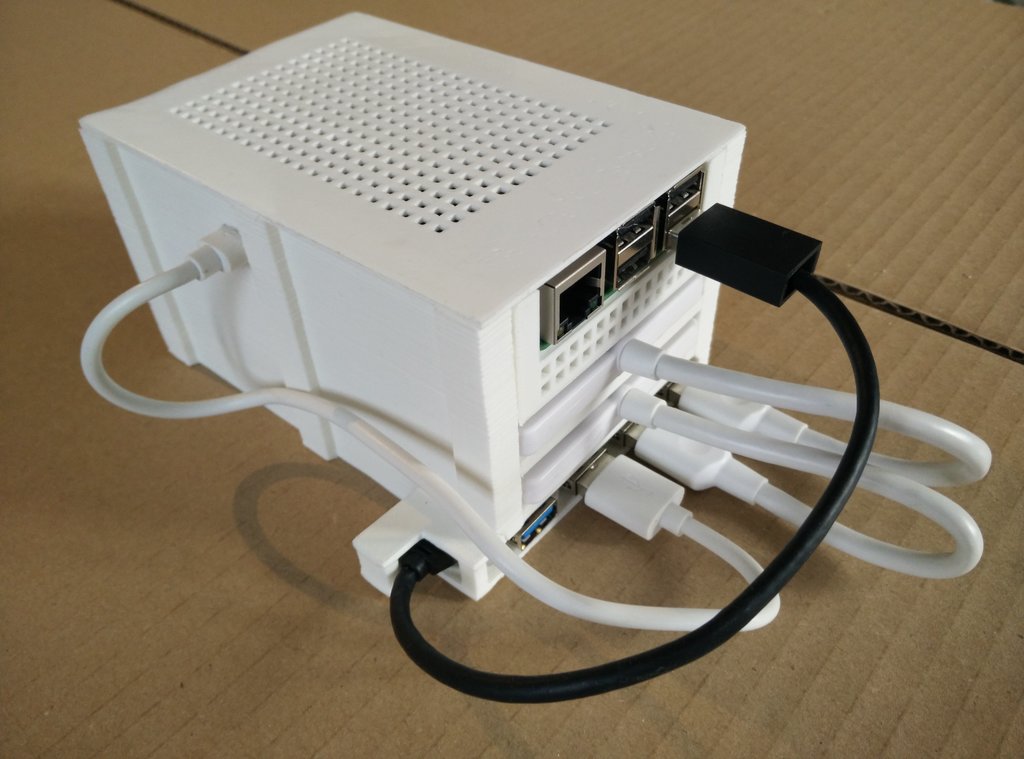 The new NAS is now ready to run!